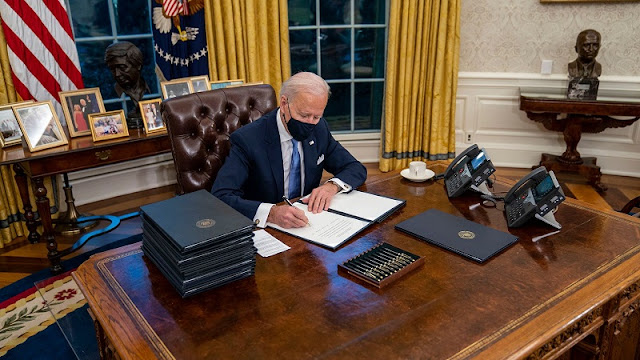 It’s not just me… it’s not just the Democrats in this country.  It’s the people in Canada and the UK, Germany, Japan, France, Australia, the world over.  They are all breathing a collective sigh of relief that somehow a fallen United States has managed to right ourselves and set our sights once again on the path of truth, justice & yep, the American way.

I know that sounds corny, but when you consider the fact that our precarious government was set to topple just a couple weeks ago… the mind bloggles.

Last night I saw the above photo of President Biden on BBC News, and I’m not sure what came over me but I had to wipe my eyes.  They sure don’t come any more truthful or decent than him.  He’s a kind, unselfish man who came out of retirement for one reason, to help save our democracy.  Man, I love Joe.

My friend Danielle volunteered for Barack Obama’s campaign in 2012, and got to meet Jill Biden.  (Or rather, Dr. Biden… ahem!)  I was envious then, and I think I’m feeling a little bit of that jealousy again now.

I have big hopes for Kamala too.  As much as I was stirred by Lady Gaga’s powerful rendition of our National Anthem, watching Kamala Harris beam on Inauguration Day gave me real goosebumps.  What a terrific team she & Joe Biden are.

I know I’m gushing a little too much here, but I can’t help it.  These past 4 years haven’t been good ones for tens of millions, myself included.  Besides dealing with kidney disease and chronic jaw dysfunction, having to worry daily that Donald Trump and his GOP cohorts were doing everything in their power to strip me and millions of other Americans of our healthcare thru the destruction of the Affordable Care Act…  I think the stress was literally killing me.

(And of course the child separation policy at the border, the Muslim & transgender bans, those awful tax cuts for the very wealthy, a thousand other things—and that dumb wall.)

But I didn’t get on here to talk about what was.  I just want to bask in this week’s ‘changing of the guard’ for a couple more days, keep my fingers crossed that this recent TMJD flare-up is just that (a flare-up) and then cross my fingers again and hope that more of us--Republicans, Conservatives, Trumpers, Qanon, Evangelicals, Fox Newshounds, Blue Meanies (and you too, Libertarians) can move on while Joe & Kamala gets done what needs done.

Whew!  Thanks, I just needed to get that out of my system.

Losing my teeth and dealing with a touch of ageism, all rolled into one 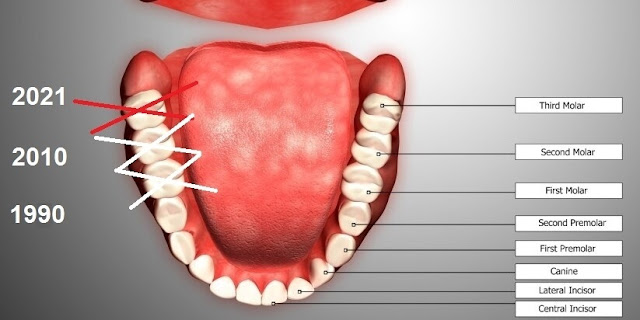 Darn it, I’m a little down, a little worried.  A couple days ago I was eating a tuna sandwich, when the crown on my third molar on the bottom left broke and came off.  (That’s the one with the big red X.)

Just one month ago was my first teeth cleaning since 2017—I hated not being able to go to the dentist for 3 years, but it’s taken that long to recover enough from TMJD to get my jaw opening wide enough again.  Anyway, in those 3 years my dentist of 25 years had retired and his former office only does x-rays & cleanings now.

So when my crown broke, I was tasked with finding a new dentist, pronto.

I lucked out and found a dentist who is new to my neighborhood, across from the library.  I have to admit, when I saw her photo and read her bio, I was hesitant.  She’s tall, slender, blonde and married with 3 blonde daughters, all under the age of 12.  She’s as waspy as they come. 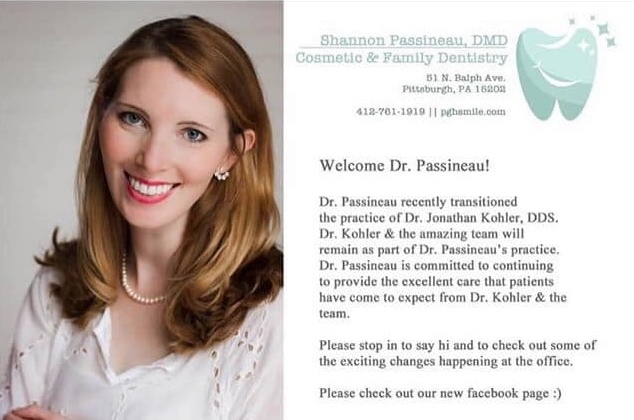 There’s nothing wrong with that of course, but my former dentist was an older gentleman, gay as he was Jewish.  He could be quite dramatic and we got along like bread & butter.

It turns out Dr. Shannon is as kind as she is smart.  In fact, she radiates such good vibes that I liked her 30 seconds after meeting her.

I just didn’t like the news she delivered, that my LAST tooth on the bottom left has to be pulled.  The partial denture I’ve worn for 10 years was molded to attach precisely onto that tooth.  It cannot be altered, so it feels more like I’ve lost 3 teeth. 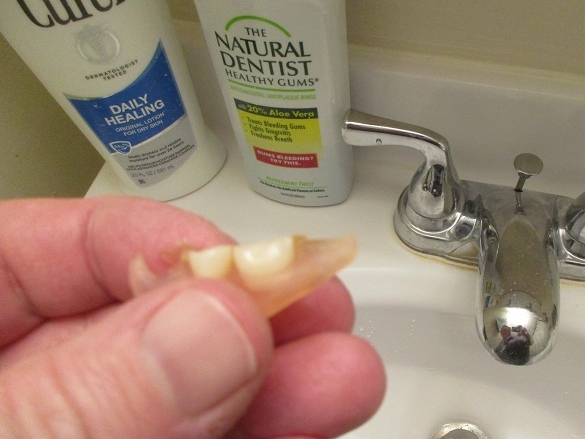 Here’s my partial, now rendered useless.  This cost me $750 ten years ago!

She wrote a referral to have an oral surgeon pull it and implant a ‘locator’, a brassy knob where a new partial can be anchored.

But I KNOW the oral surgeon I’m being sent to, and he’s going to tell me I don’t have the bone mass for a locator, let alone a $4,000.00 tooth implant.

(I visited him 5-6 years ago to see about getting a couple of implants and was told I wasn’t a good candidate.)

Dr. Shannon “polished down” the jagged remnant to be level with my gumline, so now it’s like I don’t have any teeth there already.  It’s difficult to chew on that side now, my bite is really lopsided.

It’s also embarrassing.  I’ve always brushed regularly, gargled with Listerine (or Natural Dentist) mouthwash daily.  But I did smoke for years before quitting in 2008, and smokers are 3-5 times more likely to lose their teeth than non-smokers.

Anyway…. I’m putting off that oral surgeon for a few days, until Joe & Kamala’s inauguration is over!

Gee I never got around to the ageism thing.  When I arrived at Dr. Shannon’s office, there was a sign on the door saying I couldn’t enter because of the pandemic; I’d have to call the number provided and the receptionist would let me in.

I stood there, unsure what to do as I currently don’t have a cellphone.  The door suddenly opened and the receptionist welcomed me in.  I apologized for being unable to call from outside.

She said “That’s okay sir, when I saw you out here I guessed you might be confused or didn’t have a phone.  A lot of our older patients don’t.”

Older patient??  My hair’s mostly gray now but I’m still a whippersnapper!  Still, she looked around 20 so…. you know.

After I hung my coat, she handed me a tablet to enter my patient information, and asked if I’d ever used an ipad before.  When I said no, she patted my wrist and said “Well don’t worry, they’re very simple” and proceeded to show me how to dab or swipe a touch screen.  I didn’t say a word.

It’s true I’ve never owned or used an ipad, but I’ve been going to bed with a sexy Android tablet for a few years now, and I suspect they work pretty much the same! 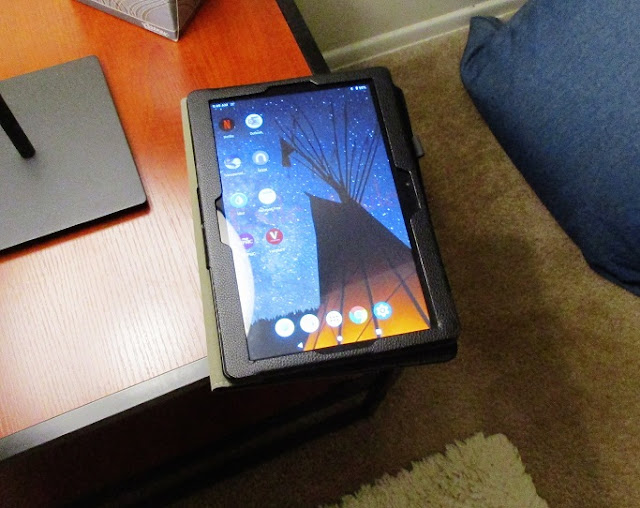 Posted by ApacheDug at 8:39 AM 27 comments:
Email ThisBlogThis!Share to TwitterShare to FacebookShare to Pinterest
Categories: Aging

Easy-peasy lemon pie: It’s not Kay’s lemon chiffon pie, but it’ll have to do 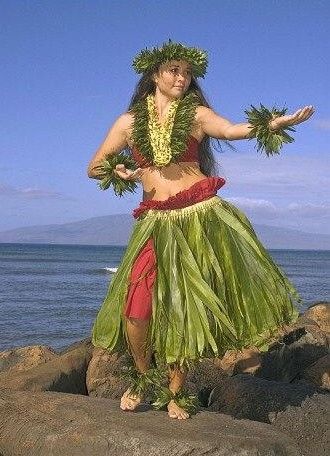 Recently, my dear & funny friend Kay who lives in Hawaii shared the happy news of her & husband Art’s 48th anniversary, on her popular personal blog Musings.

She happily added that later that day, she met up with her friend Honolulu Aunty who generously gifted her with a lemon chiffon pie.

Kay shared a photo of her mom & husband Art enjoying a slice.  After staring at the pie for 5-10 minutes, I had to walk away from my computer.

The next day, Kay reminded us how tasty that pie had been, and added she had a secret family recipe for lemon chiffon pie, but it had to remain a secret.  But she also had a family recipe for pickled onions, and THAT she could share!

Friend & fellow blogger DJan commented that was fine, as she preferred pickled foods.

I sat here and scowled.

After our pickling lesson, I called my local bakery.  I said “Do you sell pies?”  The woman on the other end snorted and said of course they did.  I asked “Do you sell them by the slice?”  She said “Some.”

Kay did reach out to me and offered to help, but there was only one thing that would make me happy; find the laziest simplest lemon pie recipe on the internet and make one myself. 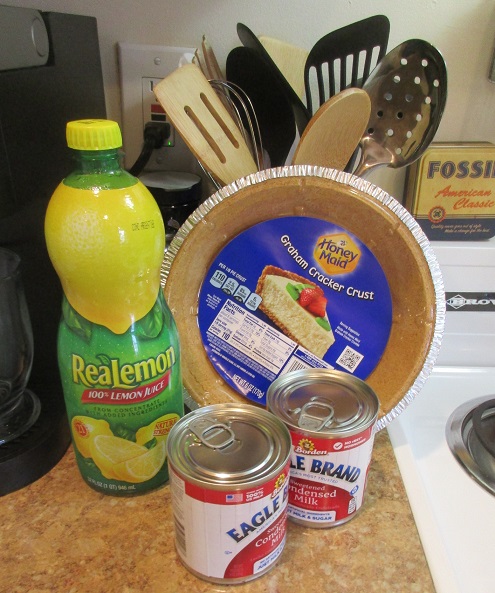 This is so simple, it’s almost too good to be true.  You only need three ingredients:

Slowly whisk the lemon juice into a large bowl containing both cans of the sweetened condensed milk.

(It’s thick already, but will thicken a bit more as you whisk.)

Pour mixture into your graham cracker crust, invert that clear plastic lid from your crust to cover the pie and put the pie into your refrigerator to set overnight.

This morning, here’s the pie.  My review is below. 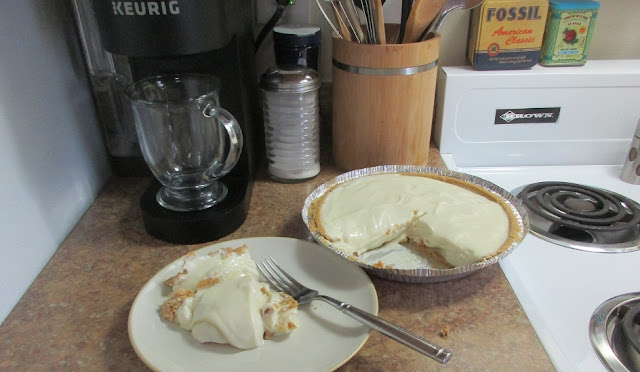 THE VERDICT:  I think this pie needs to go back to the 1940s where it belongs.  IT’S TOO MUCH!!  Each bite is like a big heaping forkful of Type 2 diabetes, with every third bite a sudden eye-squirting tang of lemon juice.  Gee I mixed it just like it said!

I have a sudden craving for pickled onions…

Posted by ApacheDug at 10:57 AM 33 comments:
Email ThisBlogThis!Share to TwitterShare to FacebookShare to Pinterest
Categories: Cooking, Food, Friends

A horse—rather, a house of a different color: It’s a pretty scary thing

I don’t have much to say about it.  It seems the more I learn, the less I want to know.  Yesterday (Friday) around noon, tired of the same talking heads and the same footage of rioters hanging off the same walls surrounding our nation’s capitol, I turned off my tv, snapped on my computer and looked on Youtube for a little lighter fare.

(I suppose that’s the 21st century way of sticking one’s head in the sand.)

I saw my favorite political satirist (Randy Rainbow, a pretty outrageous comedian) had posted a new Trump video; I watched it, had a good laugh and decided to share it here on my blog.  And an hour later, watched in disbelief as MSNBC showed us what went on INSIDE the capitol the day of that attempted coup.  I took Randy’s video back down, as there wasn’t anything here to laugh about.   (I’m going to put it back up though after I post this; one of my resolutions for 2018 was to stop deleting posts.)

I feel like a fool, but when you don’t belong to any social media sites like Twitter, Instagram or Facebook… I had no idea Wednesday’s attempt to OVERTHROW THE GOVERNMENT had been in the works for weeks.  It shouldn’t make a difference, but I honestly believed that had been a “spur of the moment thing”, an angry mob incited by Trump to riot.  How could I have been so naive, so stupid?

(Not as stupid as his crowd, though.  Lucky for us, they had all the precision of Fred Flintstone’s sundial wrist-watch.  Still, there is strength in numbers.)  But 5 dead, while a pandemic killed 4,000 that same day.  It’s both surreal and postively weird that both numbers are shocking.

What’s also shocking—last night as I readied for bed, listening to the news while I brushed my teeth, Brian Williams reported that even after the events that have transpired in the past 2 weeks, 77% of the people in this country who consider themselves Republican STILL approve of Donald Trump.

I don’t get it, I know now I never will.  I think instead I’ll just be thankful for the friends I have that see Trump for the monster he is, and do my best to steer clear of the more than 3 out of 4 “Conservatives” who see Trump as their leader.  They may not all be fascists, but he sure is.

And after seeing that noose on the Capitol building waiting for Mike Pence, I’m going to stop being so darn proud of having no religion and start praying for Joe Biden & Kamala Harris’ safety instead. 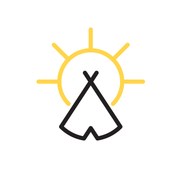 ApacheDug
Pittsburgh, PA, United States
Just your average middle-aged guy who likes to share a little too much sometimes

Pages on the Teepee 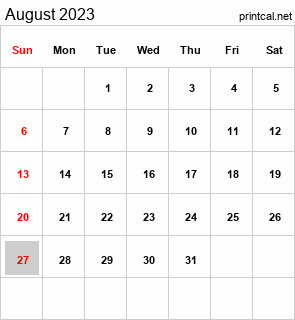